Sienna & Bellini to Open New Store in Mount Berry Square Mall
by miller
21 Oct 2014 at 3:40pm
Rome, GA – Sienna & Bellini, a relatively new retailer, will be opening a new store in Mount Berry Square Mall the first week in November. The target date is Nov. 3. That?s also the time-frame for completion of the next phase in the mall?s modernization. Plans are for all garden islands inside the mall […]

Macomb Mall Gets a Makeover
by miller
21 Oct 2014 at 3:33pm
Roseville, MI – Refreshed and rejuvenated, one mall has gotten a much needed makeover. A section of Macomb Mall now has new flooring, new lighting, and a completely new look. ?We believe with one new development, with some new energy, with some new tenants, we can bring the customer back here,? said Karl Zarbo, Director […]

GravityMate Open and Ready for Business
by miller
20 Oct 2014 at 3:17pm
After much preparation we are now announcing that our team is ready to assist all customers who wish to purchase our Inline/Outline Store Concepts. As many of you know GravityMate Concepts offers a complete Inline/Outline “Kiosk” store design with many different business opportunities from beginner start up stores to our complete inline/outline store systems fully […]

ShopKeep Adds Additional Security Features with Apple Pay and EMV Enabled De...
by miller
20 Oct 2014 at 3:12pm
ShopKeep, the cloud-based small business technology provider trusted by more than 10,000 small business owners to manage retail shops and restaurants with iPads, today announced that it is strengthening the security of its product with the release of an NFC for Apple Pay enabled card reader. This new card reader brings the latest advancement in […]

Mall Marks Four Decades of Retail
by miller
18 Oct 2014 at 4:27pm
Prince George, BC – On Nov. 6 the largest mall in Prince George will turn 40. Pine Centre Mall was actually called “the largest shopping centre in Canada’s northland” when it first opened in 1974 anchored by Super-Valu grocery store and Woolco department store, and then it expanded again in 1976 with phase two that […]

Owners Hope Carousel Will Bring Fresh Audience to Century III Mall
by miller
18 Oct 2014 at 3:46pm
West Mifflin, PA – It’s believed the concept behind the merry-go-round grew out of jousting traditions dating back to the Middle Ages. The carousel developed as a carnival ride during the 19th century with the advent of steam power and remains a popular draw for the young and old alike. Officials intent on redeveloping the […]

Grapevine Mills Mall to Get $40 Million Facelift
by miller
17 Oct 2014 at 4:18pm
Grapevine, TX – The Grapevine Mills Mall is getting a multi-million dollar present for its 17th birthday. On Thursday the Simon Property Group announced that the mall will undergo a series of visual and structural updates, valued at $40 million, and includes new flooring, new retail facades, energy efficient lighting and more seating throughout the […]

?Where?s My Cord?? Washington Township Woman Invents Crazy Cord Covers
by miller
17 Oct 2014 at 4:15pm
Deptford Township, NJ – In Lisa Lake-Maiorana’s house, losing or mixing up cellphone or USB cords was an everyday occurrence. So coming up with a way to distinguish them became a priority for this mom of two. “My teen daughter and I were fighting over cellphone cords,” she said at her kiosk in the Deptford […]

Newly Opened Torrid Brings Plus-size Fashion to King of Prussia Mall
by miller
16 Oct 2014 at 4:36pm
Upper Merion, PA – Plus-size ladies cannot survive off Lane Bryant alone. Torrid has taken advantage of the lack of options for women between sizes 12 to 26 and opened its 263rd retail store recently at the King of Prussia Mall. The rapidly growing business began operations in 2001 in Brea, Calif. Torrid, which is […] 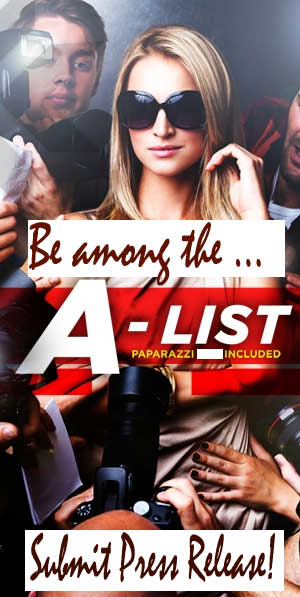